In my last Blog I wrote about the Stages of Conflict and that Blog was meant to highlight a certain type of conflict that arises when feelings connected to earlier difficult situations are unexpressed and fester and grow.

There are obviously other kinds of conflict.  Have you seen the latest issue of Vanity Fair?  Wow!  There’s a story about two neighbouring billionaires who have been entangled in myriad lawsuits over a number of years that kicked off with a relatively easily fixable conflict.

But, oh no, they each dug their heels in and now it looks like a modern day version of Jarndyce vs Jarndyce!

But I digress; the reason I want to pinpoint the type of conflict that’s generally a repeat pattern of old conflicts is of course the fact that we are rapidly approaching that time of year when families get together and old tensions spring to life.

However, I’m not just talking about what happens when these families get together; I’m also talking about the knock-on effects in the rest of people’s lives.  Often there’s a bit of cat-kicking that happens where people take out their anxiety over the upcoming family gathering in the work-place as well as other arenas.

So let’s see how you might be able to manage some of your conflict situations and improve your communication in the build-up to and over the impending holidays.

Here are my TOP TIPS for managing conflict at Christmas:

Set really clear boundaries about when you are going to arrive and when you’re going to leave any family gathering.

If people are coming to you, get clear about when they are arriving and when they intend to leave.

If people are coming to you, give everyone a task so the burden doesn’t fall on the same people (you!) for yet another year.

If you are going to someone else’s then ask for a task or observe what might be needed and quietly get on with doing it.

Avoid getting drawn into other people’s dramas.  Avoid taking sides and creating sides for other people to take.

If you are celebrating the holidays with a particular family member because it might ‘be their last’ then do it with an open heart and good grace.  Sulking and pouting because you resent being where you are serves no one and only contributes to everyone’s unhappiness.

If things get really tough, go into the toilet for a silent scream – they work wonders!

Speaking of an open heart, see if you can look at other people and their aggravating behaviour with more compassion and less annoyance.

Let ‘them’ be right.  There’s no need to try to fight your corner about the best way to make dressing.  If one of your relatives comments that it would be better another way, say something along the lines of, “You’re probably right; I’ll remember that for the next time.” And then zip your lip.  Letting someone be right can be a great relief because you avoid a circular argument that no one can win.

And if it’s all too much, then plan a trip next year and leave the country.

Conflict Communication and the Holidays: Part I 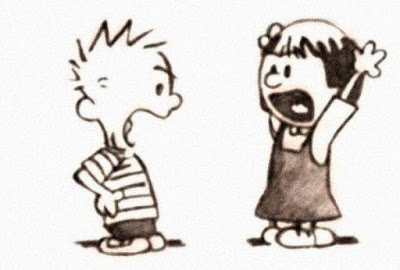 Have you noticed that some people get crankier as the holidays approach?

Some people are jolly, but because of the pressure that they put on themselves in the run-up to... however they celebrate or don’t celebrate the holidays... the stress builds and the grumpiness comes out.

This leads to conflict in many cases as the stress bubbles over and crankiness and grumpiness turn more aggressive.

I was in the supermarket a short while ago and the couple in front of us were involved in a kerfuffle with the check out clerk. Well, the husband was involved in the altercation, which was over whether he had the right coupon for a discount on some Christmassy item he had in his trolley. He was far more belligerent than he needed to be; demanded to see the manager and was downright rude to the check out chap.

Now maybe this guy is always that hard-line, though actually, his wife did come up to apologise to us and the manner of her apology did make me think this was not his usual way of communicating. Who knows?

It did put me in mind that I seem to see more of these kind of public displays of angst at this time of year than at other times.

Not only that, within the space of two days I heard of two couples I know who have just decided to split – an extreme form of the inability to resolve whatever conflict is going on in their lives. I put a lot of this down to the pressure people take on around the holidays. When I had my psychotherapy practise, round about the end of November/beginning of December was when clients began to display ever-increasing signs of stress and an inability to handle even minor conflicts.

Conflict is hard for most people at the best of times. Chuck in a couple of extra stressors like money worries at Christmas or dread at the upcoming festivities, it's no wonder anger bubbles up at the drop of a hat or a perceived incompetent check out clerk. Rational communication is often nowhere to be found either.

I'd like to unpick some of the stages of conflict because so often the issue that the conflict is about isn't the first stage at all; the first stage may have happened days, weeks or even years ago.

Stage One: The first stage is usually a situation, issue, upset or difficulty during which you don't say anything, you swallow your hurt or distress and hide how you are feeling. This may actually be a wise and pragmatic thing to do. There have been numerous times when I've bitten my tongue when it wouldn't have served any purpose to have opened my yap and might even have made the situation worse.

Stage Two is the crucial one. Did you let those feelings go or did you tuck them away in a little storehouse in your brain or heart? If you let them go, all well and good. Holding your tongue served a purpose and you didn't lug any residual feelings around with you.

However, if you did package up those resentments and shove them in your memory bank, then they will have had plenty of opportunity to grow and fester.

Stage Three: Then along comes another scenario and Stage Three is born where, again, if you hang on to your contained and unexpressed emotions the packages begin to mount up. You now need trunks to store your aggrieved feelings in.

Stage Four involves the triggers. As I said earlier, the triggers aren’t usually the actual root cause of the conflict – they are often the obvious justifications for getting drawn into conflict and one of the main reasons why some conflict is so difficult to resolve.

I believe that the more we understand how conflict happens, the better able we will be to resolve it.

I’ll be writing Part II shortly, with a range of hints and tips to help resolve conflict and get some reasonable communication going.