The Candy Crush Saga and Death by Meeting 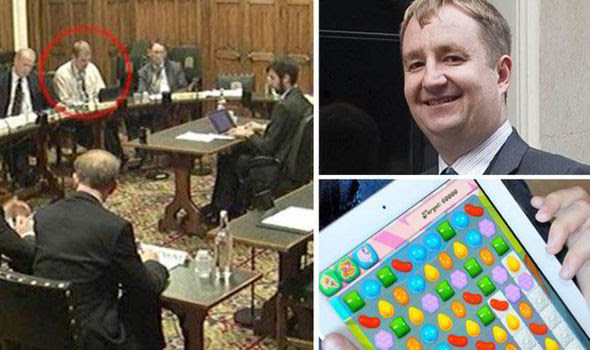 Got caught playing Candy Crush Saga during a Work and Pensions Committee meeting and now he’s doing that apologising thing that seems to be so prevalent these days.

As a matter of fact, he apologised ‘unreservedly’, no bog standard apology from him.

There’s a couple of things going on here.  Of course, there’s the whole addictive nature of those clever computer games that has millions of people tapping their fingers at tablets and phones trying to get ever higher scores.  And gaming companies know just how to dribble enough hope-of-winning to keep people playing on and on and on.

Not only during boring meetings, but just about anywhere.

What’s far more fascinating to me, however, is the meeting dynamics Mr Mills found himself in.

One MP leapt to his defense saying that he’d also experienced boring meetings himself and though he may not have played computer games or fallen asleep, he came close.

Now this is something we hear quite a bit; how meetings are boring, unproductive, end up being about reporting rather than about debate, things going round and round in circles and never getting anywhere.

We run quite a few courses on Facilitation and Better Meetings and are aware that habits, patterns, an unwillingness to stick your neck out and lethargy about upsetting the status quo each play a huge role in keeping meetings predictable, tedious, mind-numbing and completely unproductive.

Wonder what would have happened if Nigel Mills, instead of pulling out his iPad, said something along the lines of, “This meeting seems to be going ‘round in circles and we don’t seem to be getting anywhere.”?

What would have happened if he’d said, “Let’s try something out of the ordinary and run this meeting in a completely different way.”?

And I particularly wonder what would have happened if he’d said, “You know everyone, I’m so bored I’d rather be playing Candy Crush Saga instead of listening to us all droning on.”?

Now, any of those options would have caused a bit of a stir among his colleagues (of course nothing like the Candy Crush stir that’s hitting the headlines) but it might have created a different dynamic that woke everyone up to see what might happen next.

On a serious note though, meetings are a necessary part of our lives, whether they are high level business meetings discussing financial planning or cosy family conflabs talking about next year’s holiday.

Why, then, with the important chunk of time meetings take up, aren’t they run more effectively?

I’m not talking about those meetings that are run differently, more creatively, with more flair and a desire to keep things moving and energetic.

I’m concerned about all the other meetings that are, quite frankly, my dear, dire.

Using the phrase ‘we seem’ keeps it neutral and inclusive.

On the other hand, if you want to shake things up, you might ramp it up and say something along the lines of, “I’m getting really frustrated here.”  or  “That doesn’t make any sense to me.”  or  “I can’t imagine we’re ever going to get agreement on this.”  And so on.

You don’t have to put up with boring meetings!

Silence is a tacit agreement that the status quo is working.  Why should anything change if no one says it isn't working?

Nigel Mills was doing what a lot of people wish they could do to alleviate tediousness; how much braver and healthier it would be to tell it like it is and create a different kind of controversy.

Instead of Candy Crush headlines MP Nigel Mills might have earned one that said, MP tells truth and brings mattress to the Commons for a snooze